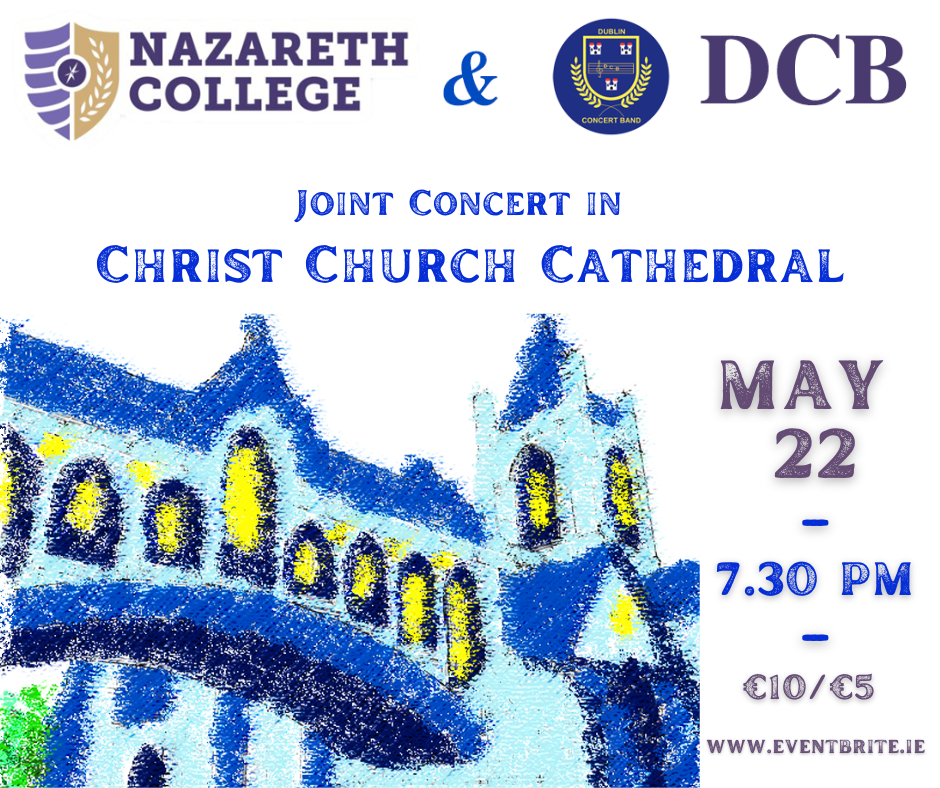 The much anticipated return of top notch musical ensembles from America is finally happening!

DCB is delighted to host Nazareth College from NY state to share the stage in the illustrious historical venue of Christ Church Cathedral in the heart of Dublin.

Come share and evening of new arrangements and trusted classics of modern Irish music repertoire and many surprises!

Dublin Concert Band band brings together an energetic mix of musical talent, youth and experience, enthusiasm and maturity. The group’s ethos is all about making excellent music in an environment of respect, friendship, and fun. The Band has been honoured to represent Ireland at international festivals in Denmark, Italy, Germany, France and the Netherlands, and has competed at the British Campionships and at the European Festival of Bands. Dublin Concert Band has won the Irish National Band Championships on more than 35 occasions and in 2018 celebrated its 60th Anniversary with a sold-out concert at the National Concert Hall, Dublin. In January 2019 it began an exciting new era with the appointment of its new Musical Director Brendan Breslin. The Band is looking forward to making more great music and lifelong friendships over the next 60 years.

Dublin Concert Band is supported by The Department of Arts, Heritage, Regional, Rural and Gaeltacht Affairs, Music Network and The Arts Council through the Music Captial Scheme.